I met a sales turnaround expert who told me an interesting story. A medical device company raised $120M and, after six years, reported zero dollars in sales. Some of that $120M was spent on very expensive surgeon leads. 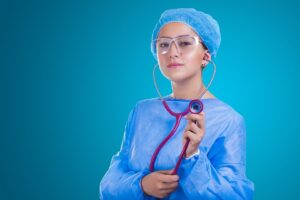 You’re probably wondering how a group of smart people with a big pile of money managed to sell nothing. The short version is they shouldn’t have been selling to surgeons. The turnaround expert quickly determined that the team was on the “try harder” plan.

Most companies are on the “try harder” plan. The leadership team formulates its best sales plan and tries to execute it. When it doesn’t work, management’s first assumption is that the sales team or the leads aren’t working. They’re certain that it couldn’t be their plan.

After some analysis, the turnaround expert threw out the original sales plan and figured out a way to “sell through the back door” instead of the front door (i.e., an indirect channel vs. a direct channel). It was more complicated and a little painful, but it worked. Sales reached a hundred million dollars within three years.

Don’t fall victim to the “try harder” plan. It’s pretty safe to assume you and your team have the gas pedal all the way to the floor, so pushing harder on the gas isn’t going to make the car go faster. “Try different” almost always works better than “try harder.”

Have you fallen victim to the Try Harder Plan?  If so, let’s talk

Stop taking time away from your business to do sales management. We fix and manage your sales team for maximum results with minimal investment.